Since its inception in 2011, Brail Summerfest has become the largest and most important Music & Arts event outside of Brazil, focusing on the richness and diversity of Brazil´s music culture. The festival aims to showcase the various styles of music including traditional styles but with a special focus on contemporary artists. The weeklong festival was founded and programmed by Petrir Pula, the GM of Nublu and Co-Curated by Béco Dranoff. Each year, the festival presents a series of events in NYC in July at high profile venues such as the MoMA and the Central Park Summerstage.

The Archive of Contemporary Music was founded in 1985 by current Director, B. George and David Wheeler (1957–1997) in Lower Manhattan. Since then it has been supported by a prestigious Board of Advisors, currently composed of David Bowie, Jellybean Benitez, Jonathan Demme, Michael Feinstein, Youssou N'Dour, Keith Richards, Nile Rodgers, Todd Rundgren, Fred Schneider, Martin Scorsese, Paul Simon and Mike Stoller. Past Board members include John Hammond (1910–1987), Ellie Greenwich (1940–2009), Jerry Leiber (1933-2011), Lou Reed (1942-2013) and Jerry Wexler (1917–2008). 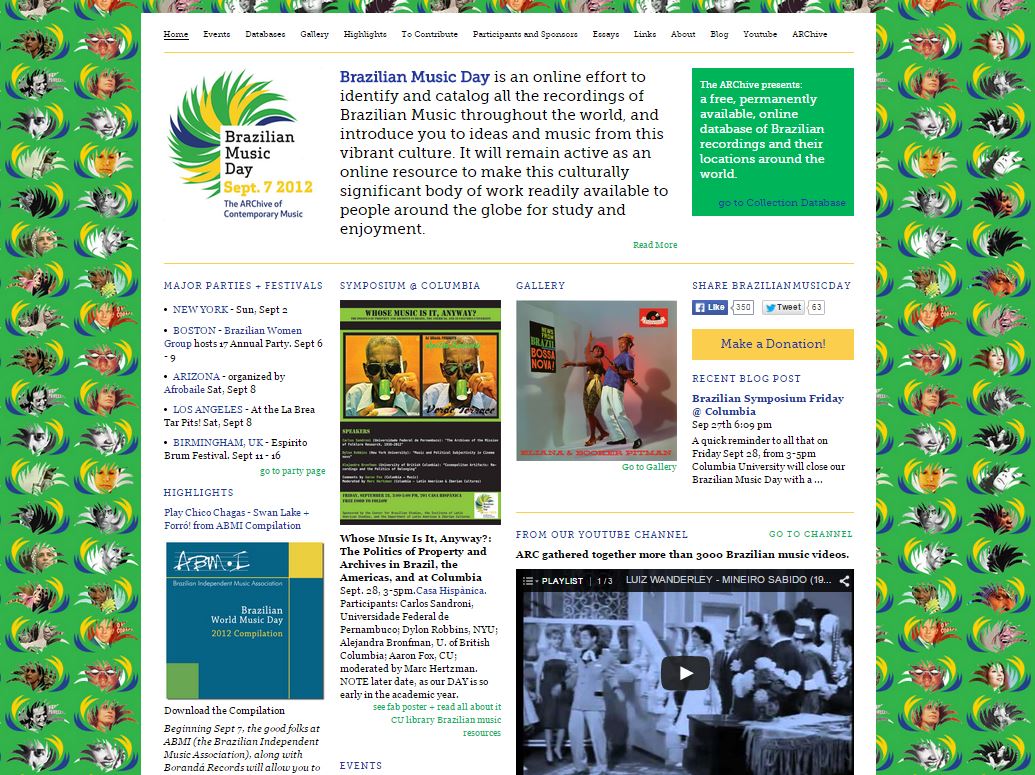 The feature documentary “BEYOND IPANEMA: Brazilian Waves In Global Music” is a mash-up of ideas about the cycle of discovery of Brazilian music around the world. Through exclusive interviews with David Byrne, Devendra Banhart, M.I.A., Os Mutantes, Caetano Veloso, Gilberto Gil, Tom Zé, Seu Jorge, Thievery Corporation, Bebel Gilberto, CSS, Creed Taylor and many others, BEYOND PANEMA surveys the Brazilian music experience from Carmen Miranda through today. Artists, producers, DJs and critics analyze how cultural sampling and globalization; have helped Brazil to secure a unique position in modern global culture. Written and co-produced by Béco Dranoff and director Guto Barra.

BEYOND IPANEMA: Brazilian Waves In Global Music was adapted to the television in a partnership with CANAL BRASIL. This series of 13 episodes includes exclusive unseen footage and interviews with all the artists involved on the project.

BEYOND IPANEMA + CANAL BRASIL Featured Episode: The influence of Brazilian Music in Japan

Brasil Andar Com Fé is a newly launched humanitarian campaign inviting artists to share musical messages to amplify awareness and donations to the fight against the Covid-19 pandemic in Brazil’s underprivileged communities
The campaign is inspired by Gilberto Gil’s 1982 classic song ‘Andar Com Fé’ (Walk With Faith) and has singer/actress Preta Gil as its ambassador.
To put in practice the saying “There’s strength in unity”, Brasil Andar Com Fé invites the public to support those in need in communities all over Brazil through direct donations. The project stems from the need to amplify local grassroots initiatives and NGO’s dedicated to taking care of Brazil’s most vulnerable population. The campaign’s site www.brasilandarcomfe.com.br compiles information and links to organizations and initiatives from all regions in Brazil where funding is urgently needed.
The campaign already features beloved artists such as Carlinhos Brown, Chico César, Elba Ramalho, Elza Soares, Fernanda Abreu, Flávio Renegado, Zizi Possi, Gero Camilo, Gustavo Machado, Luedji Luna, Margareth Menezes, Marisa Orth, Orlando Morais, Rappin Hood, Rashid, Roberta Campos, Tania Toko, Toni Garrido, Zudzilla, and more are joining everyday.
Originating from the beat created by music producer Renato Neto, the action invites artists to record messages over Gilberto Gil’s song. The video-messages are being released on BACF’s site and social media as well as the artist’s pages.
“We understand the strength in the voice of an artist. We know that when this voice is added to other voices becomes enormous. We are living in a sensitive and significant moment that requires action. BACF is a movement conceived to aid those in the most vulnerable conditions by maximizing direct donations to the communities, with the urgency that the situation requires”, declares Andrea Francez, Béco Dranoff, Heitor Chaves, Renato Neto and Vera Ferraz – the campaign’s creators – that, in a collaborative movement, have made the project possible along with associates Agência Jangada, Agência Lema, Espalha Cultura, Flávia Cheganças, Guerrilha Filmes, Portfólio para Artistas, Sergio David, and Vicente Negrão Assessoria.
Brasil Andar Com Fé was launched on May 29th, 2020 with the launch of the first video featuring Rappin’ Hood, Fernanda Abreu, and Rashid, and images from Brazilian communities recorded by Alex Fisberg.

A Life With Drums / Advisory Board Member

A THE VELVET UNDERGROUND EXPERIENCe 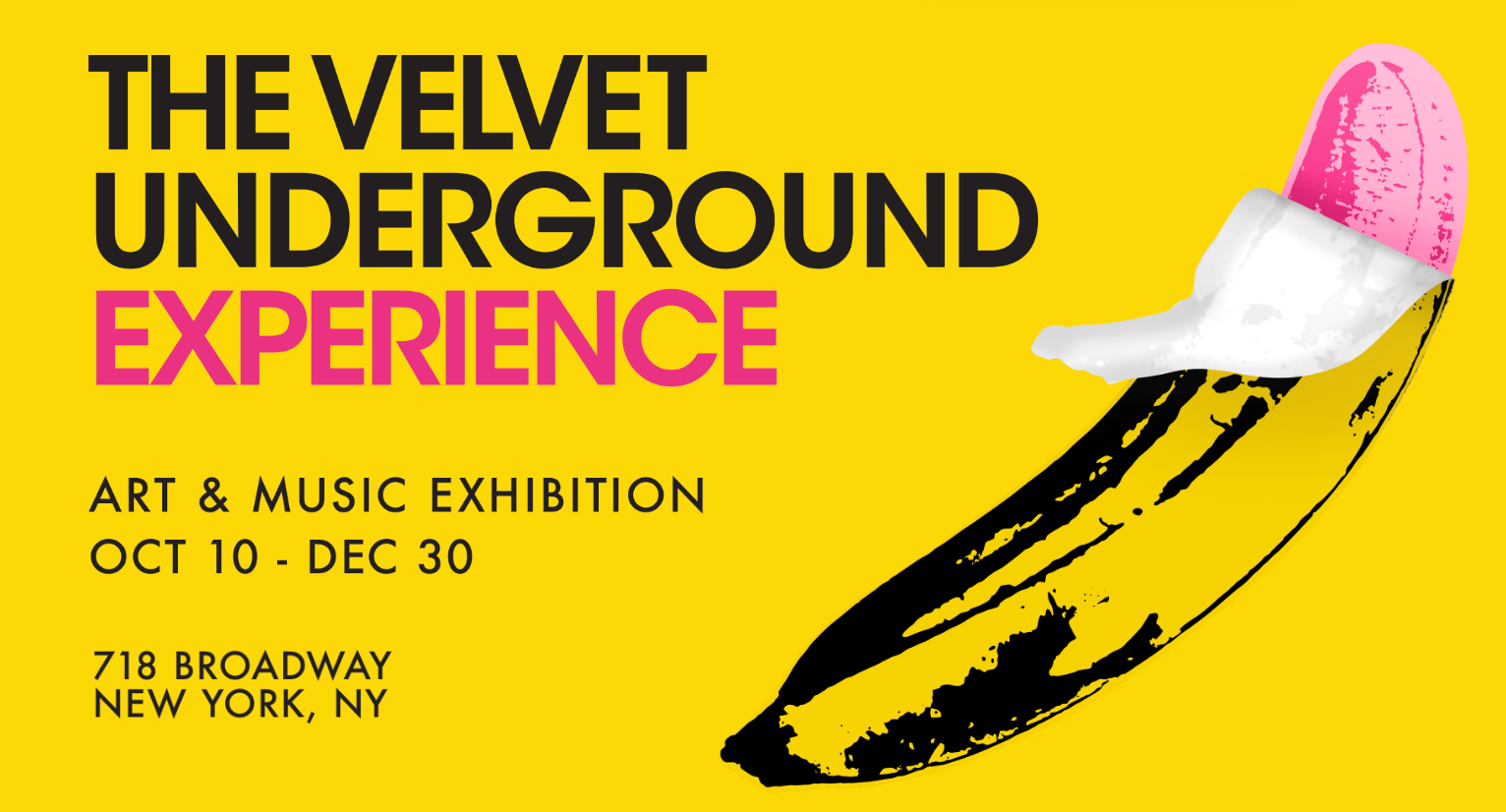